Prequel is no more…

This has become far more common than I expected. Maybe I should be more disappointed with myself. Maybe I should just quit trying to do this and focus on one of my less challenging aptitudes…

Maybe I should… (Stop using ellipsis so often.)

In the mean time, anything that can get moved over from Prequel is being moved to Grinder. A much less ambitious project that I have allowed to stew for the last few weeks, since my life calmed down again.

It would seem that I have yet to find a way to keep myself reliably motivated, and focused, when working all out on a solo project. The lack of structure to my day, seems to trigger some form of procrastination I either didn’t notice, or found it easy to ignore, until I no longer had sufficient excuse to continue.

As a consequence I think I will be making some rather drastic changes (compared to recent events, not my life over all) in order to impose that necessary structure.

I don’t expect that I will enjoy it as much. But then, I think that’s the point. 🙂

It never ceases to amaze me how something appearing at first frustrating and disruptive can so often turn out a blessing in disguise.

The resulting frustration lead to the mistake of trying to find ‘productive time‘. Which only resulted in splitting my focus between disappointments and what mostly ended up being broken features held together with spit and glue.

Most have been scrapped.

However, I think the misadventure resulted in revelations and may have just saved me from more frustration than they’ve already caused. As a consequence, I’ve begun re-designing the narrative, the class and skills system, the leveling system, and the crafting system.

All greatly simplified, and streamlined. (IMO)

I’ve also decided that Alpha updates will be smaller and focused only on features that are plugin ready. No more, partial implementation in lieu of delivered promises. The attention and effort needed to constantly work around the GUESSED result has been anxiety inducing, to put it mildly.

From now on, nothing gets planned, let alone changed, until I have a fully functional and 100% ready to use plugin.

A preliminary Intro Scene from Prequel.

Try to ignore the spelling errors. I would blame my dyslexia but then it was me that didn’t take the time to cut/paste the lines in a spell check before hand, so…

(Subject to change as the project progresses)

Something that has already gone through two iterations, is what I am making sure I do my best to keep consistent. Which is the ability to talk to (at least, abstractly) every single person that you encounter in the game. They may not all have full on conversations. They may not all have rumors to tell, or plot points to spill. Some might even have things to sell strangers, or just friends. But everything with a personality, will (should) be able to be interacted with at some level. All the way up to murder, and possibly theft. (Though that part may come at a much later time)

With some creative use of a few of Hime Works Plugins, (for dialogs/shops) part of some plots will require the active investigation of the player in order to progress. Such as, gathering rumors or asking opinions. Possibly even earning trust (faction) with groups or individuals in order to gain access to information.

One thing I may have forgotten to mention… The entire demo will be released un-deployed. So anyone will be able to see how each part was done and use as an example for their own work.

The city of Wordgarden. Continued…

(The south western corner to be more specific)

As the story develops so to does the map fill in.

If you are familiar with VXAce’s mapping tool then your initial impressions of MV’s tool may rub you the wrong way a bit. Especially when it comes to the common technique of SHIFT+Click placement of tiles. It is a means of side stepping auto-tile processing for a single placement and only works on a base tile basis.

Initially I thought that MV was not accurately mimicking this functionality and had somehow broken the auto-tile process. However, after a little more time I realized that this small change may actually be a deliberate means of fixing a flawed SHIFT+Click tiling.

Whatever the reason (mistake, bug, or intent) it is now possible to group select tiles with the pencil and SHIFT+Click apply the entire selection (as is) without reverting the copied tiles to their non-auto base form.

Here is an example:

(Here you can clearly see where VXAce SHIFT+Click functionality only paints the BASE tile.)

(Here you can see that, in MV, both the original AND the SHIFT+Click painted tiles are totally identical.)

Essentially, what this allows is for much more dynamic and multi-leveled tiling without the need for custom tiles for each elevation.

(Anyone that has attempted to make something like this in VXAce will know the pain.)

So… I am not ashamed to admit, that my initial misgivings regarding MV’s tile mapping where completely misplaced.

“Prequel” has begun to take shape…

I intend to put MV’s improvements in performance, to the test. Starting with the very first map of Prequel.

(The south western corner to be more specific)

I’ll make it a point to post regular progress, as I add pieces.

This decision has not come easily. But I think it would be a serious mistake to cling to the dying remains of an inferior engine while its community moves on to the next.

I am not totally abandoning my VXAce work. But I would be lying if I guaranteed to return to it.

The simple fact is that after all this time, I have very little to show for all my work, other than my experience. And that experience is telling me there is a BIG opportunity about to present itself, which I can choose to take advantage of, or watch it pass me by.

Golem Legend, is going to take a nap for a while. Hopefully, to awaken better and stronger in the not to distant future.

I never thought I would say this.

But I may have written to many optional mechanics… 😉

I keep telling myself that I am future proofing my game, so that I can plan ahead and trickle out new mechanics as the game grows in content and older mechanics get stale.

But that is assuming my game has an audience that will want it in the first place.

While I would like to believe that everyone will enjoy what I enjoy, the truth is that the RPG Maker community at large may not like what I am working on at all… It is quite a departure from traditional JRPG fare.

I have already re-designed Golem Legend’s world map twice, Skills and Class structure three times; including the Equip Slots structure. Not to mention the States structure has changed now that Armor v.3 is a parameter and no longer a state charge based mechanic… (Several months ago, it was functional but clunky so I re-wrote it as Armor v.1)

But when the intent IS for core mechanics to be replaced, they often break (or make totally trivial) random content, balanced with the original mechanics. Which forces a revisiting of entire content arks. (As if I am not wasting enough time, every day, as is)

But getting something playable in the hands of the community sooner, allows time for audiences to grow and helps guide the creation of new content. Rather than having to guess what they want.

As a matter of fact, some of the most successful indie developers preach the release early and release often strategy like dogma… And I have not released anything more than a few practice builds over the last few years.

And now that RPG Maker MV is releasing, the total obsolescence of the VXAce community scripting is a forgone conclusion. In other words, if its not already written, and in usable form, it won’t be.

A consequence of MV using Javascript, not Ruby.

It’s become pretty obvious that I must begin working on something that people can play, soon. For my own sanity if nothing else.

This means that I am going to have to scrap the last of my Battle Mechanic plugins ‘Aptitudes‘ and button up my State Mechanic… With as few features as I can manage. Aura States, Disjunction and Living States will have to wait… /cry 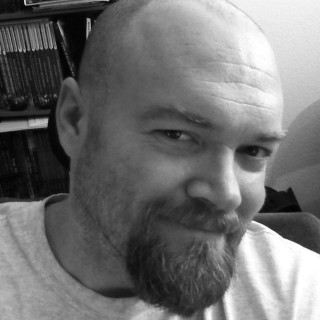 The loan ranger behind RogeuDeus Studios and developer of 'Golem Legend' a non-traditional JRPG with significant Rogue 'light' elements. This blog is my attempt to maintain a public presence, and share my journey.